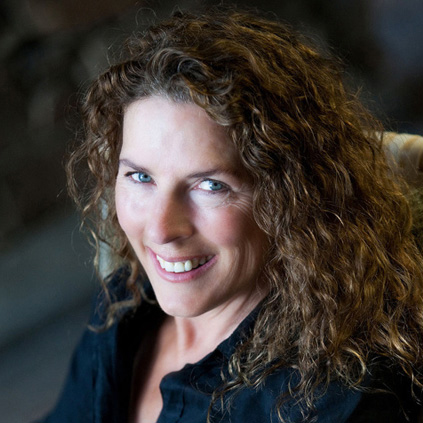 In one sense, I began working on Who Does She Think She Is? as a young woman. As soon as I learned to print I began to make up stories, trying life out on paper instead of the real world. I drew every day. In college, my senior thesis was a volume of poetry. I continued studying art and even won awards. But my work, while absorbing in process, also caused me anxiety. I began to fear the blank page. I wondered what I had to express that was so special. How could I consider myself an artist, a writer?

I read books about creative women - few seemed to have had families of their own. Sylvia Plath, Anne Sexton and Virginia Woolf haunted me. I loved their work but was frightened by their lives. So I turned away from the blank page. I spent the next ten years working on Wall Street.

At the age of 32, I had my first child. On becoming a mother, the buried part of myself - the emotional and curious, the creative - roared back to life. I wrote, then began painting again. Mothering had returned me to my expressive, creative self.

Over the next twenty years, I painted and wrote but always in the spaces left over after my family’s needs. If I did the work it was with guilt. At the studio, I felt that I should have been reading to the children. At home with the boys, I often felt bored by the routine of feeding, cleaning, comforting, and caring.

Four years ago, I was in the middle of my life. My boys were in their teens. Launched. Beautiful. But, what had I to show for this No book to my name. Hundreds of paintings, but few that had left my studio.  My inspiration for the film came in 2003 when I heard the story of Maye Torres, a mother of three boys like me, who made sacred images of women protecting the earth.  She had no income outside of her art. How had she managed to make a life out of her art while I had not? I wanted to find out how other women had managed to mother and create. I so often felt divided. Had they?

Months later, I met Maye in person and knew I had to tell her story. I realized that her struggles and mine told a story that was bigger than both of us. I set out to find other women whose lives and art would help me tell it.