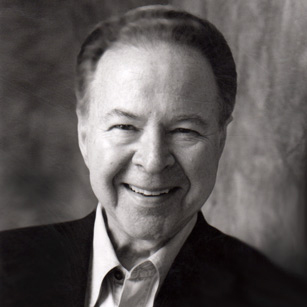 Leonard Shlain is the Chairman of Laparoscopic surgery at the California Pacific Medical Center in San Francisco and is an Associate Professor of Surgery at UCSF. He is also the author of three critically acclaimed, national bestselling, award-winning books. His first, Art & Physics: Parallel Visions in Space, Time, and Light, (HarperCollins) was published in 1991, and is presently used as a textbook in many art schools and universities.  The LA Times called it a “Tour de Force” and the New York Times Book Review  was equally enthusiastic   A&P  has also been translated into foreign languages.

Viking published his second book, The Alphabet Versus The Goddess: The Conflict Between Word and Image, in hardcover in 1998 and within weeks it was on the national bestseller list. Penguin distributed his book internationally in 1999 and it is now available in paperback. The Washington Post called it “Bold and fascinating,” George Steiner in the London Observer wrote that it was “Provocative and Innovative.” The New York Times’ Idea Section discussed his thought provoking theory. David Gergen interviewed Dr. Shlain for The Jim Lehrer News Hour and Frank Stasio did the same for National NPR. His new book Sex Time and Power: How Women’s Sexuality Shaped Human Evolution achieved national bestseller status in hardcover by Viking and the Quality Paperback Book Club chose ST&P as the best non-fiction paperback in 2004 in its New Visions category. The History Channel interviewed Dr. Shlain for its program on Leonardo and PBS’s did the same for Children of the Code.  Newsweek Magazine featured him for his pioneering work in laparoscopic surgery.

Dr. Shlain lectures widely both here and in Europe.  He has been a keynote speaker for such diverse groups as the Smithsonian, Harvard, Florence Academy of Art, Salk Institute, Phillips collection, Los Alamos National Laboratory, NASA Johnson Space Center, and the European Union’s Ministers of Culture.

Dr. Shlain has won several literary awards for his visionary work and also holds several patents on innovative surgical devices.  [Note: Dr. Shlain passed away on May 7, 2009 after finishing his last project,  Leonardo’s Brain: The Left/Right Roots of Creativity.]