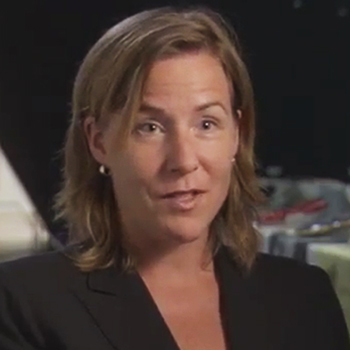 Dr. Maura Reilly is the Curator of the Elizabeth A. Sackler Center for Feminist Art at the Brooklyn Museum, the first museum exhibition space of its kind in the world. Prior to assuming this position, Reilly taught art history and women's studies at Tufts University, as well as courses at Pratt Institute, Vassar College, and at her alma mater, The Institute of Fine Arts, New York University, where she received her Ph.D. in 2000 in Modern and Contemporary Art with a concentration in feminist and queer theory. Reilly has curated, lectured, and published extensively, both nationally and internationally, and has been a regular contributor to Art in America since 1998. In 2005, in celebration of ArtTable's 25th year Anniversary, she received one of their prestigious Future Women Leadership Awards; and in 2006, she received a Lifetime Achievement in the Visual Arts Award from the Women's Caucus for Art. She is an active member of the National Organization for Women, International Association of Art Critics, ArtTable, and is on the National Committee of The Feminist Art Project. Most recently, Reilly co-curated, with Linda Nochlin, a major exhibition of international contemporary feminist art, titled Global Feminisms, which inaugurates the Brooklyn Museum's new Center for Feminist Art in March of 2007. Reilly is the author of a monograph on Ghada Amer (New York: Gregory R. Miller & Co., 2007).