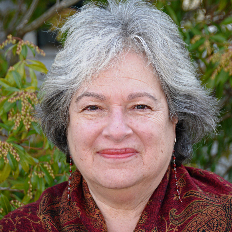 Michelle Seligson (Micki) has been a Senior Researcher and Associate Director at the Wellesley Centers for Women since 1979. She co-authored several books on early childhood education and school-age child care, and founded the first national research and consultation project on after-school programs. In 2003, her research resulted in Bringing Yourself To Work: A Guide to Successful Staff Development in After School Programs, published by Teacher's College Press, Columbia University. Seligson's interest in the dynamics of individual development led to her candidacy as an analyst in training at the CG Jung Institute of Boston, where she continues her studies. As a producer on Who Does She Think She Is? Micki has realized her profound belief in the imperative of claiming one's self despite the considerable costs.