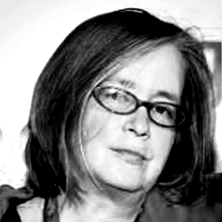 Nancy Kennedy is a New York based editor who has edited several award-winning films including Sundance Grand Jury winner Why We Fight (2005) and Sundance winners Thank You and Goodnight and Riding the Rails. She has also co-directed and edited several independent documentaries, most recently, Bluegrass Journey and Who’s On First (baseball comes to Greece) and is currently directing a film about feminism, She’s Beautiful When She’s Angry.

Her many editing credits include works at all the major networks on television series such as Great Performances, American Experience, Wide Angle, 60 Minutes, and National Geographic Specials.