From the producing team that won an Academy Award for Born Into Brothels, comes Who Does She Think She Is?, a film that examines some of the most pressing issues of our time: parenting and work, partnering and independence, economics and art. 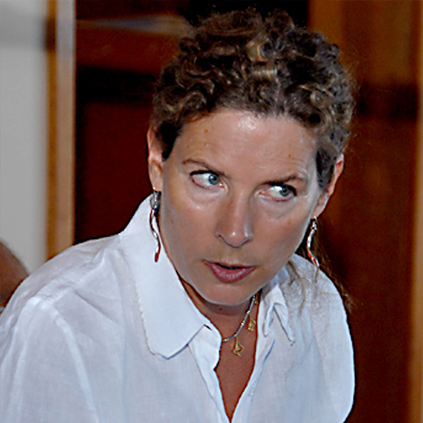 The film follows five women artists as they navigate the economic, psychological, and spiritual challenges of making work outside the elite art world. From Hawaii’s Big Island to the suburbs of Ohio, from New York City to the deserts of New Mexico, we watch as these women—ranging in age from 27 to 65—fight to honor their vision and their families every day.

Interviews with experts like Riane Eisler (The Chalice and the Blade), Maura Reilly (Sackler Center for Feminist Art-Brooklyn Museum) and the Guerrilla Girls add a cultural context for these women’s uplifting journeys. It is not accolades they seek; it’s simply the radical opportunity to live whole.

Pamela Tanner Boll co-executive produced the Academy award-winning film, Born into Brothels: The Kids of Calcutta's Red Light District. She is currently producing the film projects: Global Moms; Life on the Edge: True Stories of Doctors Without Borders; 9/12: From Chaos to Community; Kashmir; and In a Dream.

Nancy C. Kennedy edited the Sundance Grand Jury winner Why We Fight (2005) and Sundance winners Thank You and Goodnight and Riding the Rails. She also co-directed and edited Bluegrass Journey and Who’s On First.