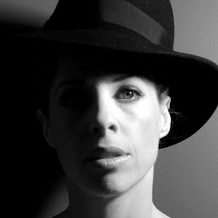 Honored by Newsweek as one of the “Women Shaping the 21st Century,” Tiffany Shlain is founder of The Webby Awards, co-founder of the International Academy of Digital Arts and Sciences and an award-winning filmmaker.

Her films have been selected at over 100 film festivals around the world, including Sundance, Tribeca, and Rotterdam, have won over 20 awards including Audience and Grand Jury Prizes, and have been translated into six languages. Her 8 films include Life, Liberty & The Pursuit of Happiness,” about reproductive rights and "The Tribe,” about American Jewish identity. Her films and discussion programs have been used in many settings to spark a dialogues about social issues.

Tiffany and her team have broken new ground using documentaries in unique ways and by experimenting with internet distribution. “The Tribe” quickly became the top downloaded film on iTunes. Tiffany lectures worldwide on the Internet’s influence on society and her filmmaking and was an Artist-in-Residence at the Headland Center for the Arts. She founded "The Webby Awards in 1996 and was creative director and CEO for nearly a decade transforming it into a global organization honoring the best of the Internet. She co-founded The International Academy of Digital Arts & Sciences, today a 550-person organization and served as the on-air Internet expert for Good Morning America.

Currently, she is working on a new film, A Declaration of Interdependence, which will be both a short film and a feature-length documentary. She is the director of The Moxie Institute, an organization that creates films, books, discussion programs and theater experiences around social issues using emerging technologies. Tiffany is a Henry Crown Fellow of The Aspen Institute. She has received 30 awards and distinctions for her work.